Short post this week since I’m kind of flying between about a dozen different things, but I’ll be back next week with something longer. But I wanted to share a few quick updates…. and some news about Unquickened. 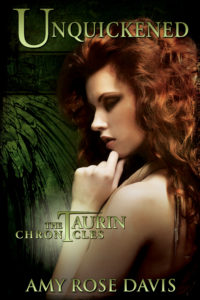 First of all, a quick “family” update. We were deeply saddened a few weeks ago when our sweet black cat Blackjack was killed by suburban coyotes. We found enough remains to know it was him. It was horrible for my 16-year-old daughter; he was her cat, and she was (and still is) absolutely heartbroken. But there was no keeping that cat inside; if we have any consolation at all, it’s that he died prowling around where he wanted to be.

Now the good news… To assuage our sadness and the loneliness of our other cat, Mr. Bingley, the super social flame point Siamese, we acquired this little gent: Nico.

Nico is the most confident kitten I think I’ve ever met. He was not to be intimidated by people, dogs, or an adult cat. He basically sauntered into our house and told us how it was going to be going forward. He’s the smallest tyrant I’ve ever met, but he’s delightfully charming and fluffy, so I guess we’re all under his spell now.

I’ve mentioned before that one of my clients would probably be using me a lot more this year, but now that it’s official, I can say that they’ve hired me as a part-time contractor for a few months to help them catch up on a good chunk of content and marketing projects. This is great for a large number of reasons, obviously, but since it impacts my fiction writing schedule, I thought I should share it here.

“When in the everlovin’ heck will Unquickened be out?”

I have been determined to publish Unquickened this year, but I have been struggling to set a date for a whole host of reasons that are in part covered in the above copywriting update and in part to be covered in a couple of weeks.

If I don’t set a date, it will never get published.

Barring any unforeseen major disruptions or acts of God….

That’s a bare bones, minimum, skeleton level announcement. There will be a lot more coming shortly. The Website & Marketing Goddess and I are working on all the in-between stuff, which will likely involve additional features here on the website and other exciting promotional stuff.

In the meantime… I also have plans to publish another Ian Mac Roy story. Do y’all remember that one? 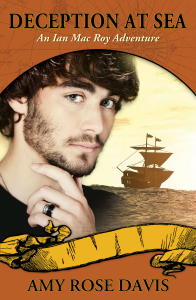 The second installment will pick up where the first left off, and it will connect some of the dots in The Taurin Chronicles. Think of it as the Taurin Chronicles Extended Universe. I’m going to shoot for a third Ian installment late this year as well to create a nice little mini-trilogy around this delightful character.

That’s where things stand at the moment. If you want to be kept apprised of new publications, offers, events, and the like, be sure to subscribe to my mailing list. I’ll be actually using that soon…

2 thoughts on “An Unquickened Update (For Real)”