So I’m a week-ish into this whole new plan to get my isht together with writing fiction, and it’s going reasonably well so far. I set a goal of doing the micro-micro-changes six days per week, and in my head, I hoped to do at least four. Well, I only missed one day of my micro-micro-changes, and that was a day when nothing really came together anywhere. On the flip side, I did manage to actually make some progress on Unquickened, some of it on my “rest” day, so that’s good news. Maybe things are starting to flow out of the brain cavity again.

I also decided not to do the freewriting exercise as a daily habit. This is not to say I’ll never do it or that it doesn’t have any value. It’s more a matter of realizing that the words *do* start to flow if I just sit down and turn on the faucet, so maybe I don’t need to do the freewriting as a habit. I’ll just keep that in my writer’s arsenal for those days when I struggle to get started.

In the process of everything I was doing this past week, I started thinking about how writing has become both easier and harder over the last several years. This goes for both commercial and fiction writing. I started thinking this through, and I decided this strange dichotomy tells me three things:

I think objectively, I’m just getting better as a writer–specifically, with first drafts. This is especially true in the commercial realm. I have found something of a voice and a rhythm for churning out pretty high-quality copy on the first draft, meaning that most of the time, clients don’t have to give me a ton of edits. There are occasional misses, but as a general rule, my drafts are a lot more coherent and readable than they used to be.

The problem with being better at first drafts, though, is that my brain has not adjusted to being better at first drafts. It’s sort of like when I was losing weight–it took some months for my brain to adjust to seeing the smaller me in the mirror. I could not reconcile a thinner person in the mirror with the person who still existed in my head–the very overweight, out of shape one.

Which leads me to the part that’s harder… 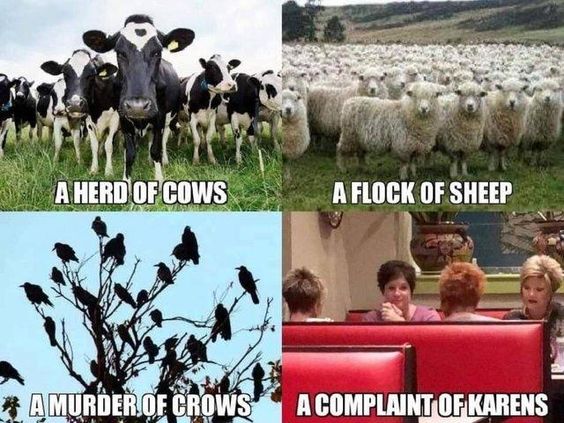 Karen is an insane Muse who insists there must be something wrong and vows not to rest until she finds it.

I mean, I understand the Karen’s problem. In the past, there was a lot to edit and change. She’s used to working hard.

But now that there’s less to change, she doesn’t know what to do with herself, so she picks every dang nit she can find.

Because I get feedback from clients on commercial copy, those projects are pretty easy to shut the Muse out of. I don’t really need her there–I take the feedback and integrate it and move on.

And because she is clearly not getting the attention she wants… She shows up in my fiction efforts.

So… every stinkin’ time I open Unquickened, there she is, waiting, ready to tell me that everything I write should be burned, and asking why I don’t love her like I used to…

Which leads to the next problem…

I Need It To Be Perfect

This perfectionist thing I have is never going to go away. It’s just not. I need to acknowledge that and embrace it and learn to live with it, because it’s just part of who I am.

And honestly, if I’m being candid, needing to make my work as close to perfect as possible is something that sets me apart from a whole lot of writers. As much as I hate to toot my own horn, really, I’ve read what other people write, and some of it is not objectively high quality. This is just a fact. I’m not naming names, and I know there’s a huge range here and much room for subjectivity, but no one would say that a five-year-old’s self portrait is on the same level as Van Gogh’s self portrait.

What it comes down to is simply practice and focus. Someone who spends a lot of time practicing and developing a skill is simply going to have a level of competence over someone who hasn’t had that much time to practice. At this point in my life, I have certainly written hundreds of thousands of works–easily over a million, maybe over two million–and at that point, one is going to be quite a lot better than someone who hasn’t.

The problem is… Better, skilled, good, talented–none of those words are the same as “perfect.”

My intellect knows that there is no such thing as “perfect” in art.

Karen, however… she is not an intellectual.

The only thing Karen the Editorial Muse cares about is whether the work is perfect or not. And as anyone who has ever dealt with a Karen knows, Karen is impossible to satisfy.

Now that I’ve realized the crux of the issue–namely, Karen–I need to figure out how to shut Karen out of the process.

This is not to say I don’t need an editor. I do. Every writer needs an editor.

But the internal Karen editor? She has to go.

Karens are notoriously difficult to extricate from the premises, so I’m not entirely sure how I’m going to deal with her going forward. (An exorcism, perhaps?) But I think maybe I need to just do the same thing to her that I would do to a flesh-and-blood Karen–nod and smile and “take it under advisement,” or, failing that, just slap her on the nose and move on.

I suppose that realizing the problem is the first step to solving it. Karen is going to dig in her heels, I’m sure. Maybe I need to find a kinder, gentler editorial Muse–maybe a Stacy or even a Becky.

In any case, I am pretty much done pleasing this particular Karen. She’s the one holding everything up, so I’m putting her on notice: leave, or become a Karen I can tolerate: 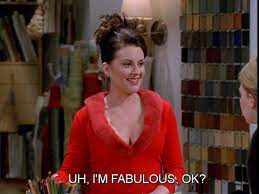