It’s been two weeks since I blogged, and I feel sort of off-kilter about that. Chalk it up to the craziness of my last several weeks… But I’m slowly digging out from under a pile of commercial work and (hopefully) getting on top of it all…

In any case, I’m here for this week, at least. I’m just taking it one week at a time right now. More about that another day…

I’ve been enjoying having friends and family take my character quizzes and hearing their results. I found it immensely entertaining that my oldest daughter is a Mairead and my youngest daughter is a Maeve. That actually explains a lot about their relationship and why it was (and is) contentious at times. But knowing that Mairead and Maeve come to an understanding is helpful, because maybe that means my stubborn rule-follower and my extroverted power-wielder will find some common ground someday.

In any case, it occurred to me that y’all might wonder who I am…

To be completely candid, there’s a little of me in all of the main characters, and a little of all the main characters in me. I am very much a rule-follower, like Mairead, but I can also shun the rules and pave my own way, like Igraine. I am often naïve and confused about what’s really going on, like Braedan, but I can also know too much and wish I had a way to control more of my world, like Connor.

But when it really comes down to it, there’s one character who has more of me in her than any other, and vice versa: Minerva (Esma). 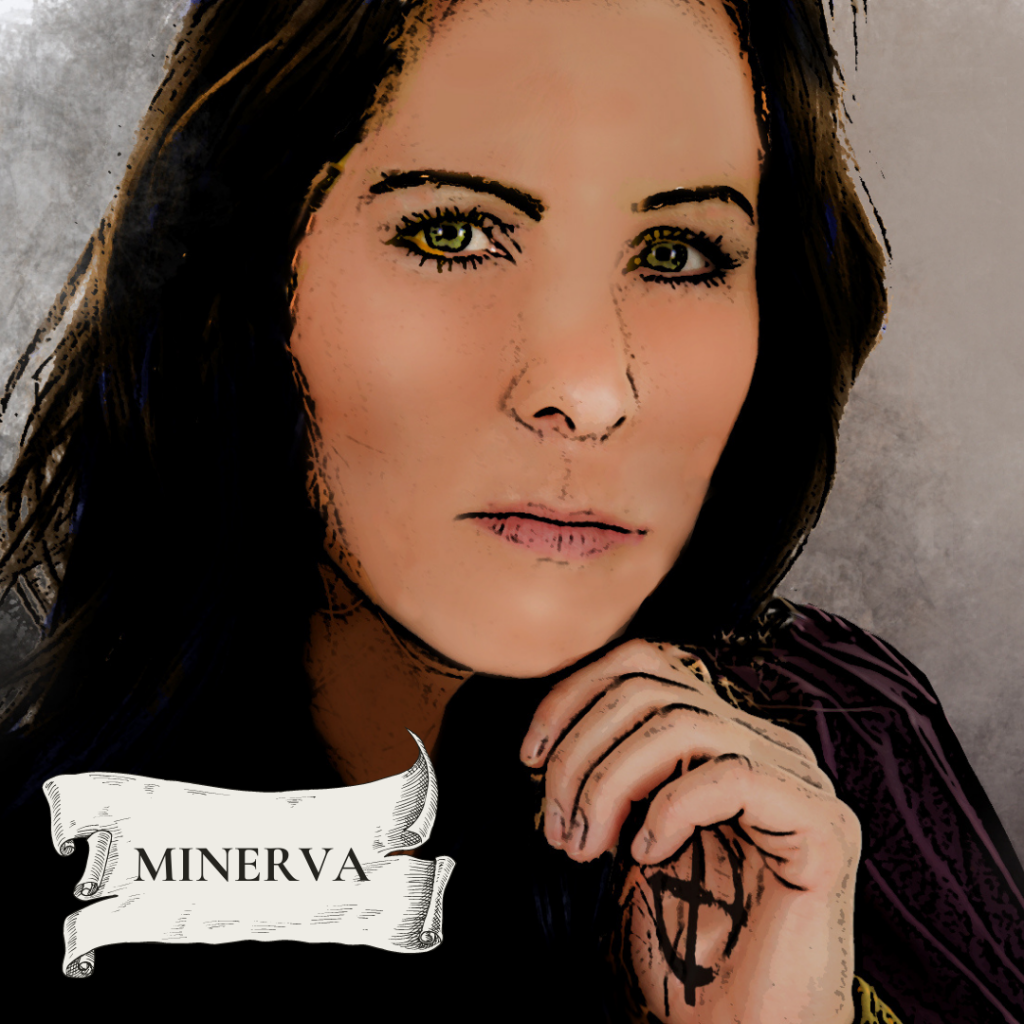 I’m sure that this comes as no surprise to people who know me well who have also read The Taurin Chronicles somewhat carefully. The thing about Minerva is that, though she was a pivotal character in the events of Ravenmarked and Bloodbonded, she wasn’t really a major character. That will change shortly…

So here’s a little insight into Minerva and why I think I identify with her more than any of the others:

She cares deeply about pleasing God. Minerva has had several religious roles in her life, and some of those roles conflict with one another. But Minerva’s goal has remained the same: to serve God. As Alfrig says, “Your heart is unsettled. It is not inconstant. It has only ever wanted one thing‍—to serve the One Hand.” That’s Minerva’s primary goal in life.

I confess that I have not pleased God consistently over the course of my life, and seeking out ways to serve Him has not always been my primary goal or motivation. But this is also exactly what Minerva would say, which basically proves my point.

She is an overthinker. Minerva and I could probably run circles around each other in the overthinking department. Overthinking can paralyze both of us into inaction.

She is low maintenance. Minerva would fit right in at my house. Once she got over her hesitation with wearing pants instead of skirts or robes, she’d be in jeans and $6 Gap t-shirts all the time. She might throw on an old sweater now and then. That might be my typical daily uniform. Minerva and I do not care about make-up or bling, and we just want to wear comfortable shoes.

We also aren’t particular about food. As long as it won’t make us sick, we’ll eat just about anything. Except liver.

She is a reader and a researcher. Minerva is happy diving into the smallest minutiae of the most inconsequential tidbit of folklore. She would love to spend the rest of her life in a cave, surrounded by books–which is handy, since that’s where the tides seem to be taking her at the end of Bloodbonded. Although she has hesitations about the role she’s supposed to adopt, she loves the research part of it. Books are Minerva’s happy place.

Her eyes are her best feature. Okay, this one is a little obscure and oddly self-aggrandizing, but both Minerva and I have been complimented on our eyes more than any other feature. I wrote a now-deleted scene where Braedan tells Minerva that she has “astonishing eyes.” I got my eyes from my dad, and as long as I can remember, people have mentioned that I have the “Rose eyes.” My sisters and my cousins on that side of the family get the same compliment.

We have a lot of differences, too. Minerva is interested in the healing arts, and I would be a disaster in any kind of healing role. I don’t trust myself to do more than administer basic first aid. I’ve taken multiple first aid and CPR courses, and I’m pretty sure if I tried to administer CPR, it’d end up something like this:

Minerva could also run circles around me in wilderness survival. Her time with the tribes taught her a lot, and I have no doubt I would starve to death long before she even became hungry.

I’m also pretty sure I’m funnier than Minerva. She takes herself very seriously, and while I can do that as well, I think the decades of life experience I have over Minerva help me occasionally find the humor in my failings. Occasionally. Let’s not go thinking I’m too well-adjusted.

I Ask Again: Who Are You?

So tell me–if you’ve taken the character quiz, which one are you? Share in the comments. And do you think it’s accurate? Why or why not?

And if you haven’t taken the quiz yet… hop on over and take it once or twice (or more–you do you) and come back and share!