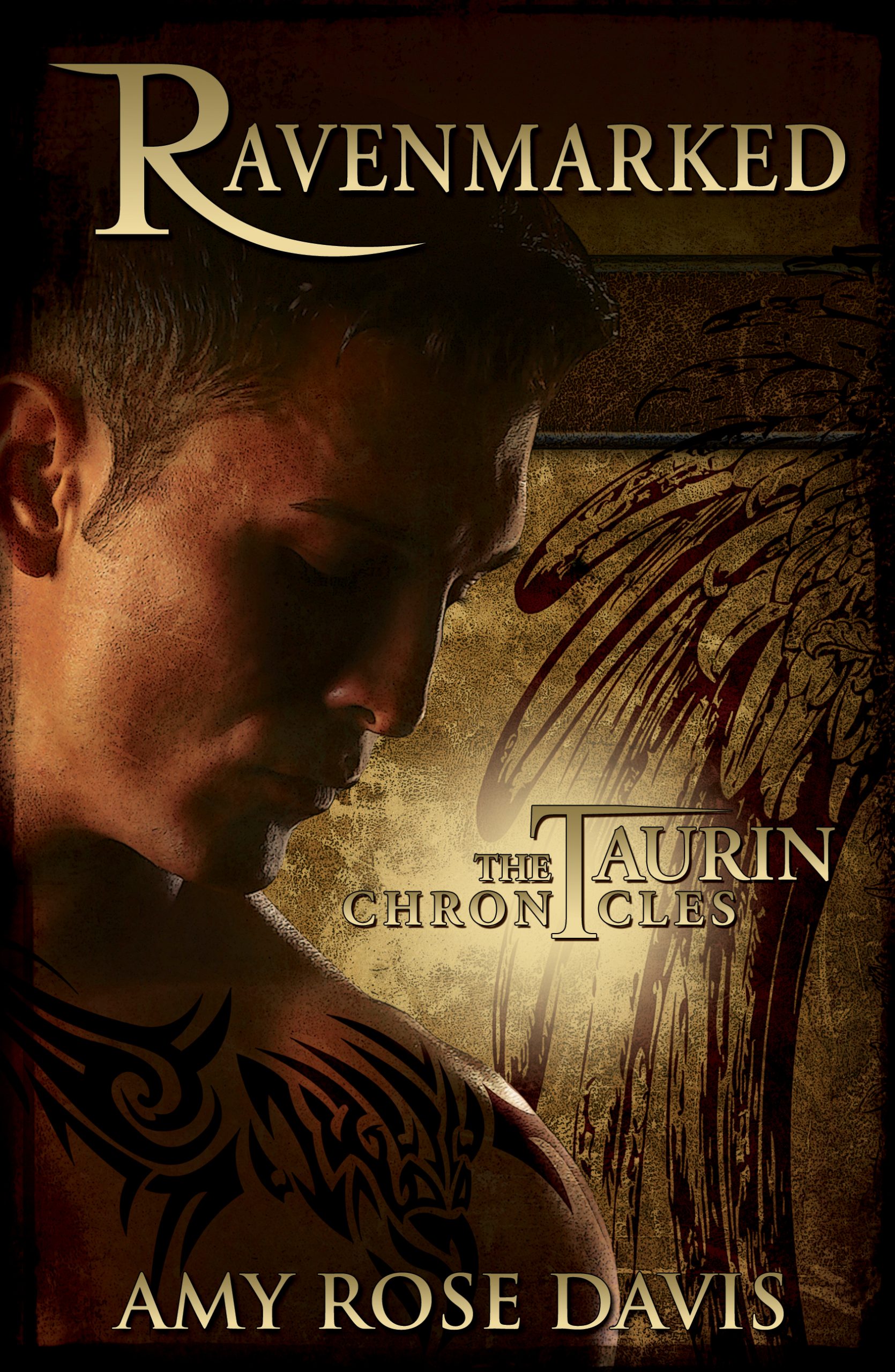 The Taurin Chronicles: Book I

For one with the ravenmark, there is no balance.

Connor Mac Niall has everything he wants. As the best freelance man-at-arms in the known world, his reputation brings him jobs that provide adventure, women, and money in abundance.

But Connor has a secret: He’s ravenmarked. The avenging spirit of the earth, known as the Morrag, has chosen him to be her angel of death–to kill those she wants killed. Connor has run from her call half his life, and working as a freelance helps him keep the need to kill quelled.

When Connor reluctantly agrees to escort a fleeing royal heir to safety, he has no idea that the journey will bring him face to face with the Morrag–and require that he choose between destiny and freedom. He finds himself confronted with old regrets and new choices. On one side pursued by a sorcerer who wants him dead and on the other side tempted by the Morrag to submit his will to hers, Connor unwittingly escorts his charge right into the path of greatest danger for them both. He faces a choice: Submit his will to the Morrag’s control, or let the royal heir die.

Set against a backdrop of romance, political instability, and magic, Ravenmarked is the first in a five-book epic fantasy series titled The Taurin Chronicles.

Wicked laughter and the pained cries of brutalized women echoed around Connor when he reined in at the door of the brothel. He jumped off his horse and kicked open the door, his sword already drawn. Women screamed and men stood with daggers in hand. One ran toward Connor. Connor drove a dagger into the man’s chest. He looked around the common room. “Which of you bastards wears the rings?”

The slovenly brothel owner Connor had seen earlier cowered and cried out. He gestured to a room. Connor kicked the door open. The odors of stale bodies and dirty chamber pots threatened to gag him. From the tangle of naked legs and buttocks, a greasy man with a greasy brown beard looked up. “What—” But Connor grasped him around the neck and knocked him to the floor before he could finish.

The man tried to scramble to his feet. He was a big man, tall and well-muscled, but he had indulged in too much drink and too many whores to be a match for Connor. “Fuck—who are you?”

“Vengeance,” Connor said. He twisted his hand into the man’s hair and dragged him to the main room. “This bastard likes to beat women.” One hand around the man’s throat kept him on his knees.

The Morrag swelled inside Connor, controlled and sweet, begging him for blood. He hurt the girl. He’s killed others, the Morrag whispered. Connor’s fingers gripped tight around the man’s windpipe. Pinpricks of blood appeared near his fingernails as the man choked and gagged. He’s raped them and beaten them to death. Claw him. Rake him open, raven. He deserves death.

A low growling snarl came from somewhere inside Connor’s chest. “You think it’s fun? You like hearing them scream, beg for mercy?” He brought the hilt of his sword down across the man’s cheekbone. Bone cracked and blood splattered. “How does it feel, jackass? How do you like being the victim?”

The man yelped. “She was just a whore! I paid—”

Connor brought his hand across the other side of the man’s mouth, cracking his lip open. “Now you look just like her. Except she will heal. You won’t have time to.” He picked up the man’s hand and cut it off. With the man’s howls hanging in the air, Connor kicked him to the ground and silenced him with one broad stroke down the center of his body.

Claw him. Rake him open.

He twisted his sword and pulled up bowels from the man’s belly. They hung from his sword in a grizzly stink of waste. “Any more of you feel like beating up a woman tonight?” Frightened whimpers answered him. “Any of you women want to leave, now’s the chance.” He threw the severed hand down on the ground. “Use his rings to buy your freedom. It’s the least he could do for you. And if any one of you decides to get your ‘property’ back, know that what I just did to him was merciful.” He flung the entrails into the center of the room. The stench of the dead man’s belly and bowels filled the air. “You’ve been warned. Next time, it won’t be quick. It’ll be slow, painful, and humiliating, and I’ll stick your carcasses to the ground for the birds.”

He turned to the owner of the brothel. The man quailed under his gaze. Connor pointed at him with the befouled sword. “Give me your money purse.” The man hesitated. Connor leapt at him, grabbed his hand, and held the sword over his wrist. “Your purse, jackass.”

The man yelped and pulled his money purse from his belt.

“You, the blond in red,” Connor said, and a woman near the door stopped, shaking, fear on her face. He threw her the purse. “Take the others with you.” She caught the purse, swallowed hard, and signaled to the others. They ran for the door, one of them carrying the severed hand with the rings.

Connor looked back at the owner. “If I ever hear that you’ve bought a woman or kept one here against her will again, I will be back to cut you apart one piece at a time for every coin you’ve earned off the backs of these women.” The man’s face paled. Connor’s sword point drifted down. “We’ll start with the parts you hold most dear.”

Death and fear filled the room. Grim satisfaction hovered at the edges of his awareness, and his breathing started to slow. He retrieved his dagger from the first man he’d killed and returned to his horse to gallop back to the camp.
By the time he arrived, the Morrag was satisfied. He’d quelled the need. He was rank with sweat and covered in blood and bits of body, but he didn’t care. He’d embraced the raven, and it hadn’t been like before. It was sweet and powerful. It was justice.

When he got back to camp, Mairead stood, an arrow nocked and pointed at him. Kenna slept. Mairead lowered the bow when she saw him. She set it down and ran to him as he dismounted. Her eyes were tight and red-rimmed, but her jaw was set in a stubborn line. She crossed her arms. “Are you satisfied?”

“It needed to be done.” His voice seemed far off, as if heard through a canyon. From the depths of the Morrag’s lair.

“Is that it? Are you hers now—the Morrag’s?” Her voice cracked on the Morrag’s name.

He pointed to his head. “I never told her yes. She won’t take me until I tell her yes.”

The fire hissed behind her. “Then it will always be like this?” She waved a hand at the horse. “You dashing off to slaughter someone when you can’t fight it anymore?”

“He deserved to die.”

Her voice rose, tinged with righteous anger. “You don’t get to judge that. You are not Alshada.” She swiped her eyes and turned away. “We’ll take her home, and then I want you to find someone else to guard me. I can’t do this anymore.”

Her tears glistened in the firelight, and Connor put his hands on her cheeks to wipe them away. “I don’t want to leave.”

She closed her eyes and whimpered. “Please don’t say that.”

He tipped her head up to his and slid one arm around her waist. The Morrag faded to a distant echo in the furthest part of his spirit. “I need you.”

Her hands pushed against his chest in one weak attempt to walk away, but then she slid them up around his neck and pulled his head down to kiss him.

He pulled her against him, aching to feel skin against skin, desperate to keep her close. I need this woman—by the spirits, I need this woman. After death, her kiss gave him life. His hands tightened on her body.

Mairead mumbled “no” between kisses. She wrenched out of his arms. “No.” She turned away, and her hand went to her mouth as she started to walk back to the fire.

“No.” She shook her head. She held her hand out to keep him away. He stepped toward her, but she turned and held him at arm’s length. “I can’t, Connor.”

Time paused. Aine had asked him that same question once. With Aine, he didn’t know. With Mairead, he knew—without hesitation—the truth. The question hung between them, waiting for acknowledgement. The fire crackled, keeping random time. The horse stood close, panting. Mairead’s brilliant green eyes demanded honesty, commitment, everything she deserved—more than he could offer. I do love you. He wanted to say it, but the words stopped in his throat. Desire warred with what he knew was true—that whatever else she had done to change him, he was still ravenmarked. He would still leave. “I don’t know.”

She nodded and swallowed hard. Her voice cracked again when she spoke. “I don’t want less than your whole heart.” She went to her blanket and sat down, drew her knees to her chin, and stared into the fire.

Emptiness rushed into the gap where the Morrag had been. Connor returned to his horse and slumped against it, drawing up slow, even breaths until he felt steady again. You will always leave, she’d said. He couldn’t deny it. In a numb daze, he unsaddled his horse, rubbed him down, and gave him water. He walked to the edge of the ravine and wrapped their camp in braids of air to hide their scent.

For the first night in eight years, the Morrag folded her wings and fell silent.

Buy A Signed Copy Get your signed copy

Buy It On
Amazon

Buy It On
Barnes & Noble

Buy It On
Smashwords 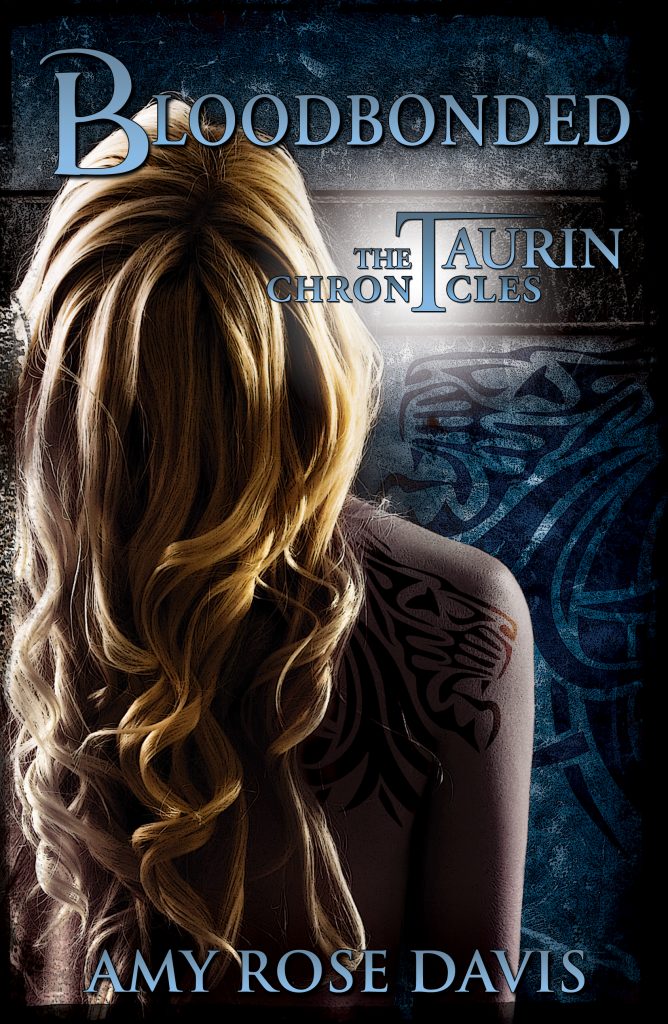 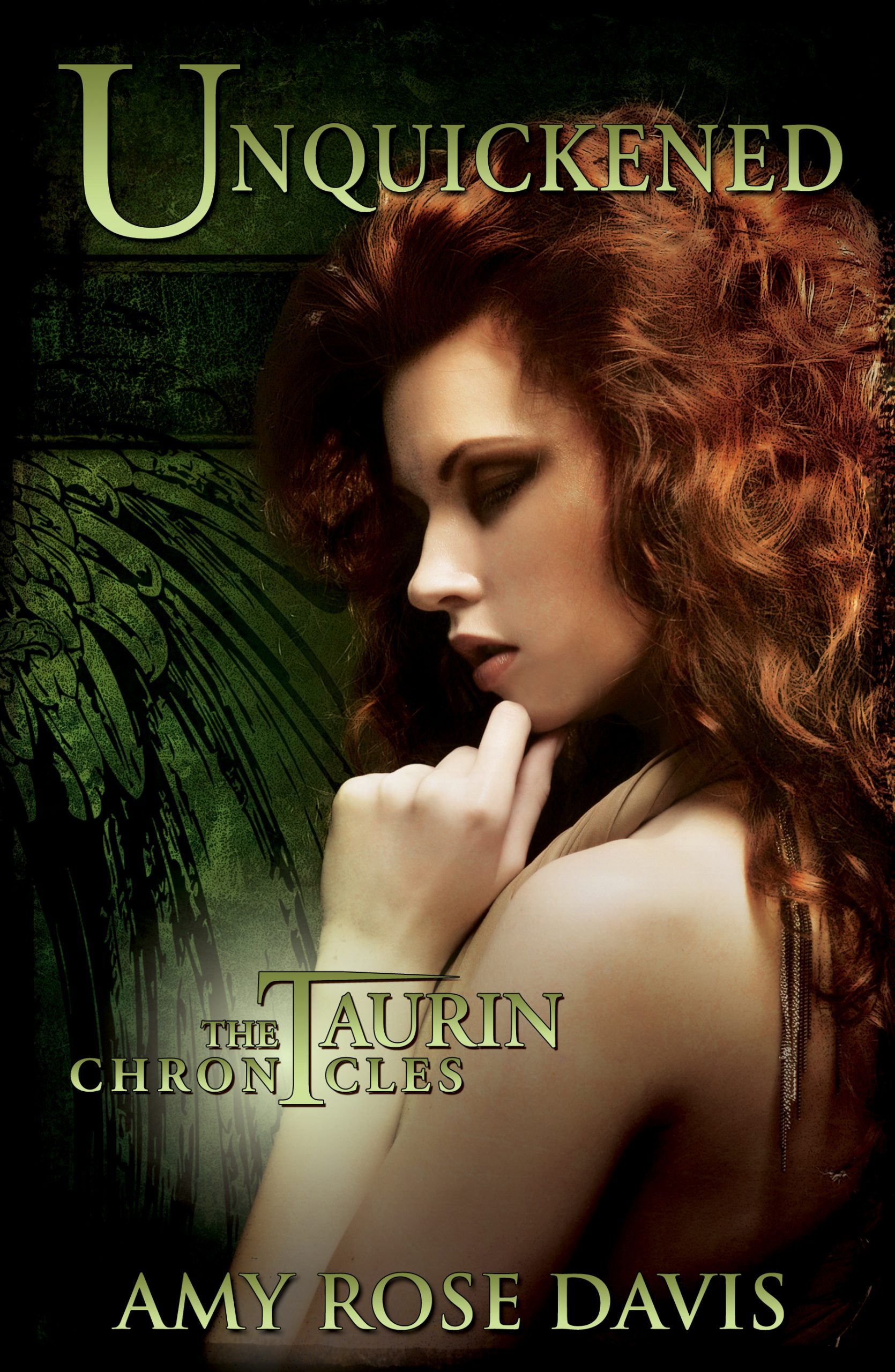 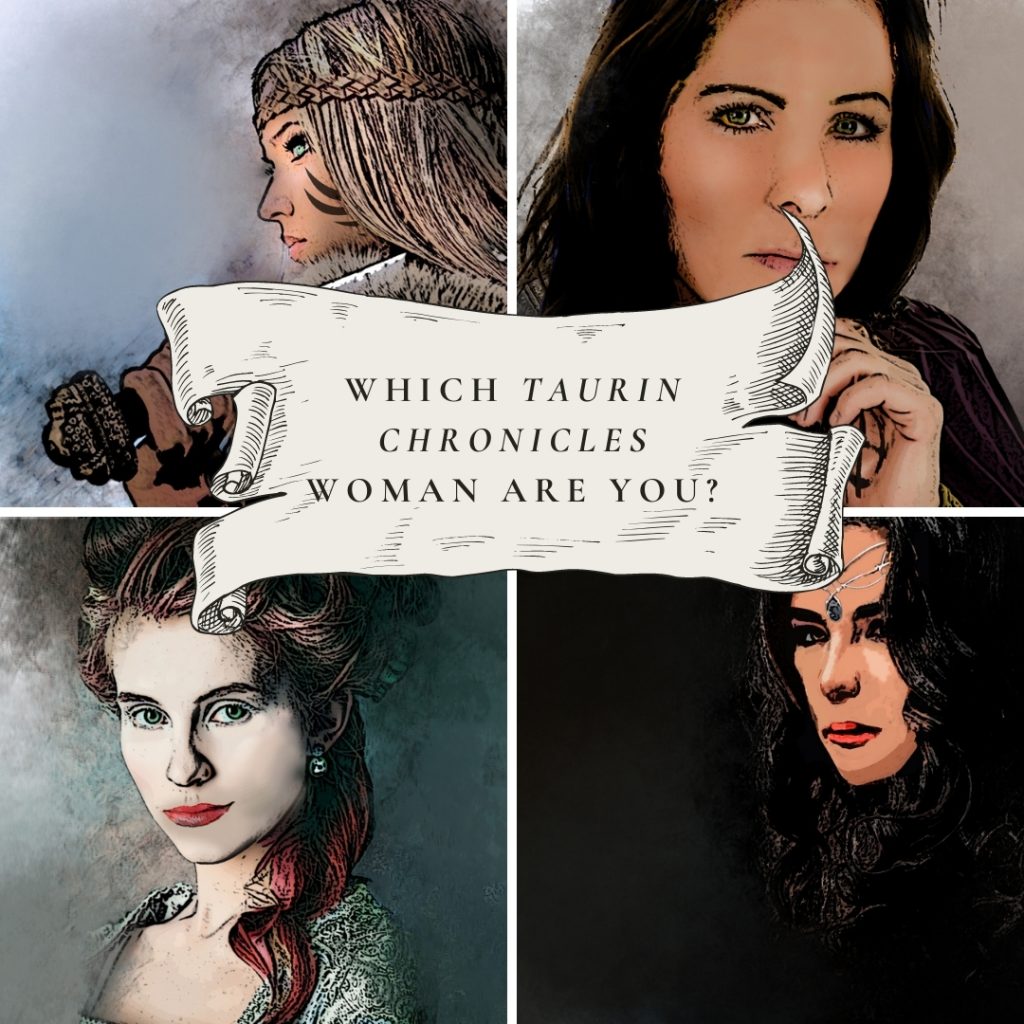 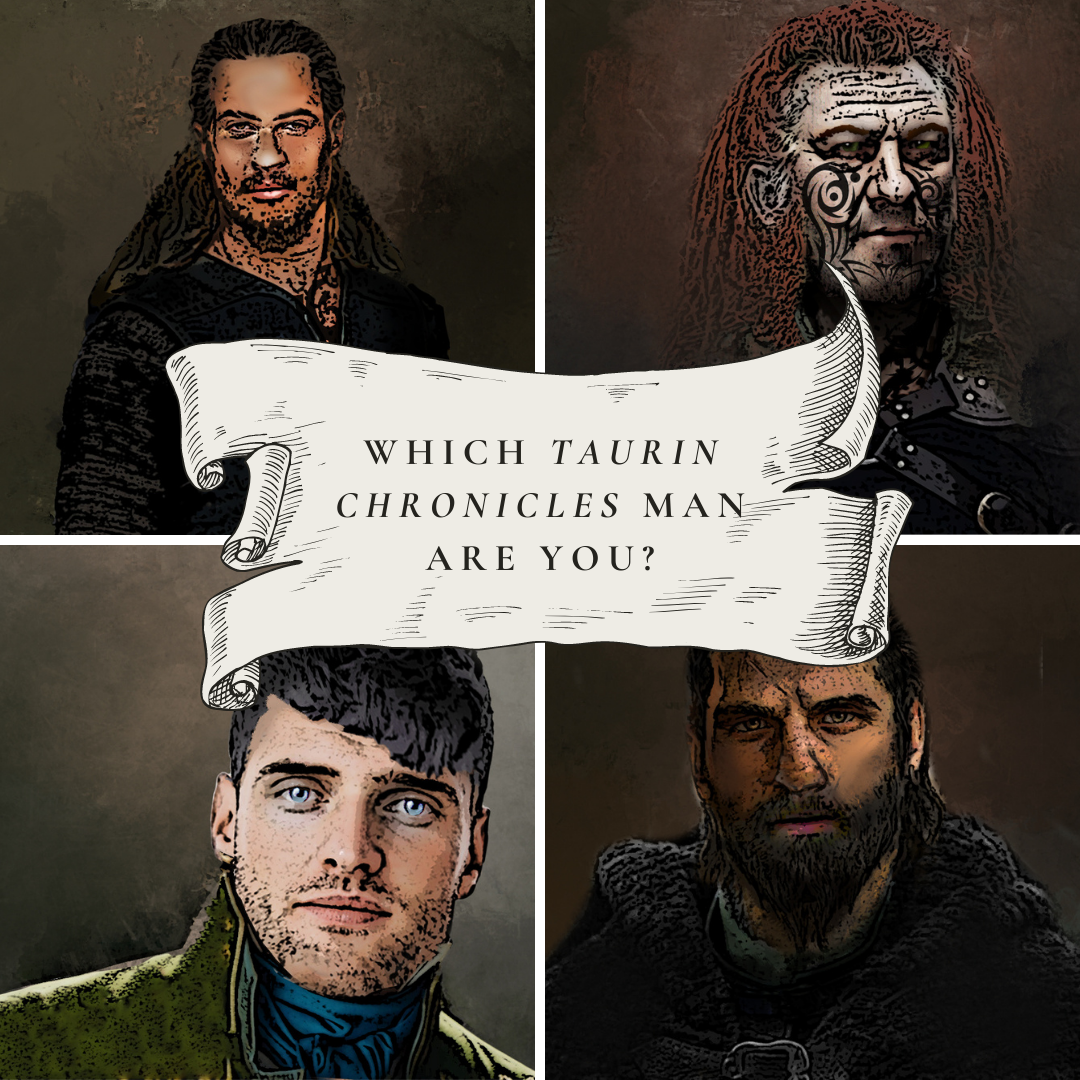