The move is done.

There are still boxes to unpack (so many boxes). We still need furniture; we didn’t move very much of our existing furniture since it was all very old and didn’t really suit the new house. Don’t worry–whatever we could salvage went to our son, who is staying behind in Oregon and needed some “first apartment” furniture. I need some organizers and such, because one thing about 111-year-old houses is that closets were not really a thing in 1910. We still have lots of updates to do on the house, like repair the sewer, replace some windows, and acquire a wood stove before winter. And there’s one bedroom that needs a complete overhaul, but since our son decided to stay in Oregon, there’s no rush on that.

So… we’re settling in. And I cannot tell you how glad I am to be done with the bulk of it.

These last few months have been some of the most stressful of my life. Between the background anxiety of worrying about the actual move, the normal everyday stress of just trying to balance my life, the near-conviction that we would end up moving a whole bunch of trash with us to Idaho for sheer lack of time to get rid of it beforehand, and then the last minute frantic production of the final moving day, I’ve had little time, energy, or mental bandwidth to focus on much more than just surviving.

And the last week or so was especially tough. Not only did we have to kick it into high gear to get all of our stuff packed, sold, donated, or disposed, we also had to sign papers, meet several folks “one more time” before we left, and coordinate getting our son settled and his stuff into a storage unit. He’ll be staying with my parents for a few weeks until he gets his apartment situation settled. So he graduated on Tuesday evening, attended the all-night party, I picked him up in the wee hours of Wednesday morning, dropped him off at my parents’ house, went home to finish packing and start loading, and by about 8:30 on Wednesday night, we were in Idaho.

Thursday through Sunday were busy with unloading, unpacking, organizing, and trying to make the main living areas functional. The kitchen, bedrooms, bathrooms, and offices are functional, if not totally put together. I find myself periodically missing things and searching to find them–dumbbells, weight gloves, earbuds, toothbrush charger, citrus juicer, notebook, planner, etc. Searching forces me to unpack, so I guess that’s good.

Now that Monday is here, I’m processing. And I’m thinking primarily about work and writing and how to fit it all in now.

The work and writing thoughts have been simmering in the background for some time–as per my usual. But if there’s one thing I’ve learned from these last few insane months, it’s that I have been spread far too thin. 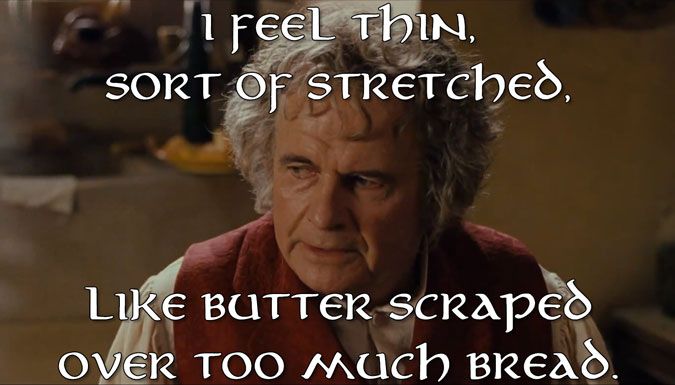 Between the commercial work and the attempt to promote my own work over social media, I have found myself completely overwhelmed and unable to find the creative energy to actually write and edit the damn novel.

So once again, I find myself thinking and processing and trying to find a better way.

It’s not really a secret that I have a love/hate relationship with social media. Mostly hate. I hate Instagram. I tolerate Facebook. I like Pinterest, but more for my own ideas than for promotion. I refuse to re-enter the overflowing fecal pond that is Twitter. I don’t trust TikTok. And LinkedIn is just… weird, and not really for fiction promotion, anyway.

Spending time every week trying to come up with posts and images to maintain a consistent social media presence was just sucking the life and creativity right out of me. I dreaded doing it, and I would pour hours into writing and setting up posts every week. It was always this thing hanging over my head, stressing me out and nagging me.

The only good thing about being busy with the move the last few weeks is that I just haven’t managed to find time for a lot of self-promotion on social media.

I have not missed it one bit.

So after these weeks and months of being scraped over too much bread, I’ve decided that at least until Unquickened is off to beta readers, I’m going to be mostly radio silent on social media, at least under my author profiles.

I will try to blog every Tuesday, but the Instagram, Facebook, Pinterest posts will have to be mostly on hold. If I think of something or find something interesting to say, I’ll share it, but I’m not going to push myself to come up with multiple posts every week. That’s time that can be better spent writing and editing–which, honestly, what good is it to promote on social media if I can’t finish the damn book??

I do understand the need for social media promotion in the indie author world, and if I were not doing commercial work, I would push myself to do the social media promotion and the writing and editing. But commercial work pays well and funds the expenses that come with being an indie author–book layout, graphic design, editors, and the like. Plus I like it–I like writing product materials and success stories and thought leadership pieces. It’s fun and interesting, and it keeps my skills sharp on days when all I do is stare at the novel.

As for Unquickened and where I’m going from here… I confess that I honestly cannot remember where I left off. I don’t know what I really need to do to fix it and finish it. So…

I’m going to start from the beginning.

So I’m not at square one, but if there are 100 squares, I’m probably at square 53 right about now.

And I’ve decided that has to be okay. It just does.

But also, I don’t want to end the year on square 53, so I am going to diligently devote myself to working on this book every stinking day that I possibly can until it’s ready to go to beta readers.

Not gonna lie–that’s going to be tough. There’s still a lot to do around this house, and there are a few things coming up this summer that will require my attention, like family visits and camping trips.

But just giving myself permission to put social media on hold for the moment is such a huge burden lifted that I already sense the creative focus and energy returning.

So… with the move behind and my feet firmly planted in Idaho, here I go once again.

I hope the Muse and the Editor play nice this time.